"We all have similar emotions but they find such different expression. The question then is: How do I make pain, happiness, shame, confusion, yearning…visible. Palpable. Without thought. Not through words but images." 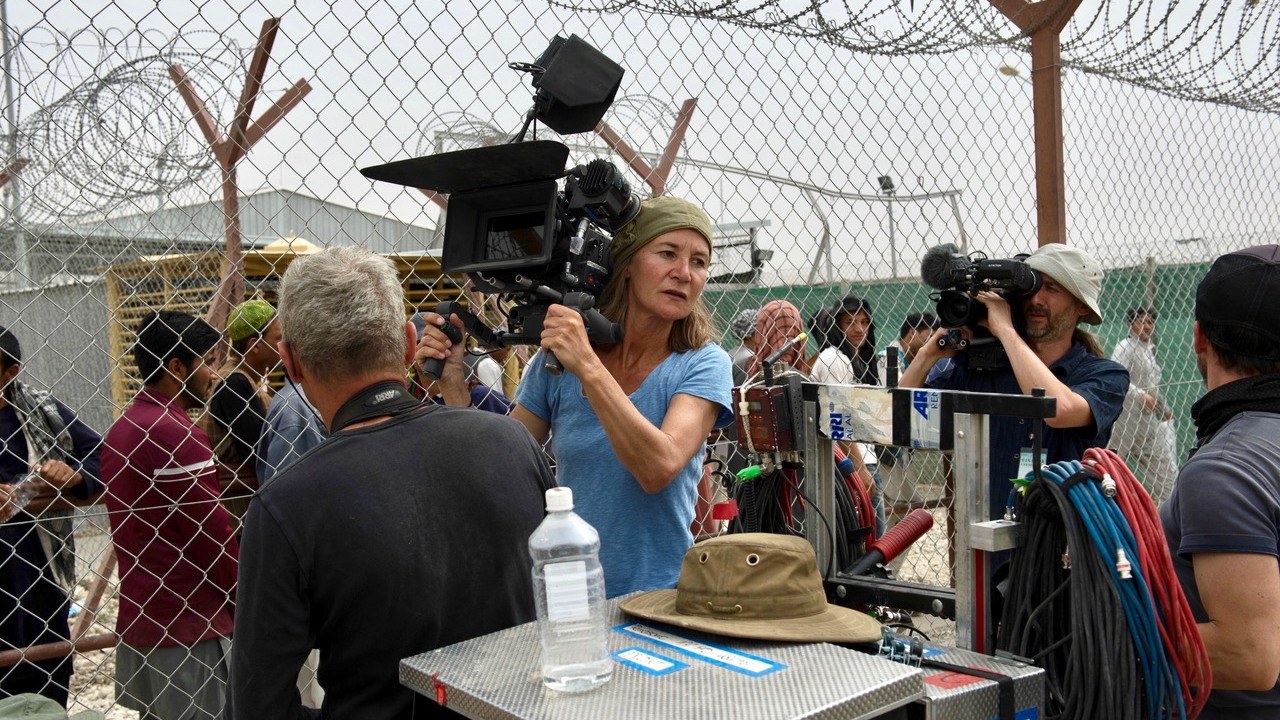 "We all have similar emotions but they find such different expressions. The question then is: How do I make pain, happiness, shame, confusion, yearning…visible. Palpable. Without thought. Not through words but images."

Judith Kaufmann began her career as a Director of Photography in 1991 and has since worked on many award-winning feature films, mini-series, TV movies and documentaries.

While the films vary in style and genre, they share many qualities: a compassionate and sensitive approach to the characters, their dreams, hopes and inner turmoil; a loving and curious eye for detail and all things human; and an impeccable sense of light, color and composition. Judith’s cinematography is characterized by an ability to discover the uniqueness of a story while probing for the universality underneath.

Judith’s curiosity and openness have led her to work on a broad range of projects.
WHEN WE LEAVE by Feo Aladag (German Camera Award in 2010) tells the story of a young mother trying to escape a violent husband and the restraints of traditional society. The WW2 period drama 13 MINUTES by Oliver Hirschbiegel (nominated for the German Film Award in 2015) recounts the dramatic story of Georg Elser’s failed attempt to assassinate Hitler. And just recently she lensed ALL ABOUT ME by Academy Award winner Caroline Link, the real-life story of a boy who loses his mother and discovers both his gayness and his comedic talent (the most popular German film of 2018).

Stars like Sibel Kekilli (WHEN WE LEAVE), Liv Ullmann (TWO LIVES) and Bruno Ganz (THE END IS MY BEGINNING) have enjoyed working with her. Directors and producers appreciate Judith’s artistic approach, her thorough preparation, her efficiency on set, her resilience and flexibility. These qualities enable her to work on both large-scale productions like Oliver Hirschbiegel’s international mini-series THE SAME SKY and with limited equipment and a small team.
Often collaborations on a low-budget film like Petra Volpe’s DREAMLAND lead to a larger-scale production like Volpe’s subsequent THE DIVINE ORDER, which was a huge success in Switzerland and the country’s entry for the 2017 Academy Awards.

In 2017, Judith’s first collaboration with Academy Award winner Caroline Link on All About Me resulted in one of Germany’s biggest commercial successes and a critic’s darling that earned her a German Film Award nomination.

In 2019, she was nominated for Best Cinematography for Sherry Hormann’s A Regular Women, which premiered at the Tribeca Film Festival.

Two years later, the period drama Corsage by Marie Kreutzer that Judith lensed on 35mm premiered at “Un Certain Regard” in Cannes, where it received rave reviews and won lead actress Vicky Krieps a Best Actor Award. After screenings at the San Sebastian and Toronto Intl. Film Festival, Corsage was chosen as Austria’s official competition entry for the 2023 Academy Awards.

In 2012 Judith received the Honorary Award of the Deutsche Kamerapreis. She is a member of both the German Society of Cinematographers and of the Academy of Motion Picture Arts and Sciences. She lives in Berlin.